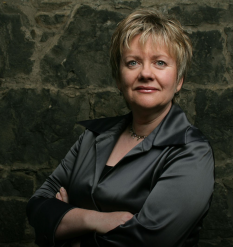 Karen Kissane is an award-winning journalist and author currently working in Paris as a freelance writer. She is available for writing, ghost-writing and editing non-fiction books; news and feature writing and copy-editing; media fixing; and corporate communications work.

She has written two award-winning non-fiction books. Silent Death: The Killing of Julie Ramage (Hachette, 2006) explored the complex personal and legal issues of a case in which a husband who killed his wife won leniency by claiming provocation. Silent Death won two Davitt Awards for women crime writers, in the categories Best Book and Reader’s Choice. Worst of Days: Inside the Black Saturday firestorm (Hachette, 2010) told the story of the most deadly blaze in the Black Saturday bush fires in Australia in 2009. It used the techniques of narrative journalism to weave together the science of fire and its spread, the failures of policy and the emergency response system, and the gripping stories of residents and fire-fighters. Worst of Days won the 2010 Colin Roderick Award for best Australian book of the year across all genres.

Previously Karen was posted to London as Europe correspondent for two Australian broadsheets, The Age, Melbourne, and the Sydney Morning Herald (Fairfax Media).Her assignments in Europe included the Eurozone crisis, phone-hacking, the Greek economic collapse, the sinking of the Costa Concordia in Italy, the French presidential election, the Breivik massacre in Norway, forced emigration in Ireland and youth unemployment in Spain.

In Australia, her journalism has won awards including Victorian Legal Reporter of the Year (2009), two United Nations Association of Australia Media Peace Prizes (2005), the Australian Human Rights Print Media Award (2001) and the Australian Council of Deans of Education Award (2001). In 2010 she was shortlisted for Graham Perkin Australian Journalist of the Year for her Black Saturday work.